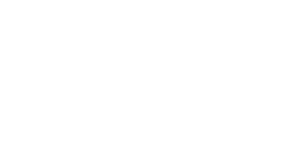 I’m glad you’ve come to worship today, sisters and brothers, because God has something to say to us, and we all need to hear it…. As incredible as it sounds, words that were spoken to Jesus’ friends on a mountaintop long ago and far away are also meant for you and me here and now…. This is our mountaintop moment: This is the time we gather in the presence of God to be nourished and strengthened for the journey that lies ahead of us. Here in worship God feeds us with God’s holy Word, which is the very bread of life…. In our gospel lesson for today, God has three vital things to say to Jesus’ first disciples and to us who are his disciples today. These three commands are gifts from God that can help sustain God’s people in the face of personal heartache and hardship. This three-fold Word from God is a portable gift that can give us the courage and compassion we need to live out our faith in a world where many people and many things are at odds with God’s life-giving purpose. That was true for Jesus’ first disciples, who would soon be called to follow Jesus down the mountain and into the city of Jerusalem, where he would be betrayed, arrested, and crucified for confronting the powers that be. And it’s true for modern disciples like you and me, who will soon be called to follow Jesus to places we’d rather not go.

So, what are the three gifts God wants to impart to us in the Word today? First and foremost, God directs us to the gift of listening deeply to God’s beloved Son. This isn’t as easy as it may sound, because in order to listen for the message of the gospel, we must first learn to quiet our hearts and minds. And in order to do that, we have to intentionally tune out all the other voices that are clamoring for our attention. And some of those voices are really hard to tune out, because they seem to be everywhere and they’re really loud and they keep saying the same things over and over again. Oh, and then there are those other voices that are hard to tune out because they belong to people who are close to us or people we admire; those voices are pretty persuasive. In fact, the voices of those we consider “good people” may be the most insidious of all, because if we listen and follow those voices blindly, we can easily be led astray from the voice of our Lord…. My friends, God loves each of us dearly and doesn’t want any of us to separate ourselves from God, who is the Source and the End of life. That’s why throughout Scripture God keeps calling us back to the Word of life: “Be still, and know that I am God….”[1] and “This is my Son, the beloved. Listen to him!…”[2]

So, in obedience to God’s command, let’s open our hearts and minds and listen more deeply to what God’s beloved Son has to say to us in today’s gospel lesson!… …. When we meet up with Peter, James, and John in today’s gospel lesson, they’re pretty much quaking in their sandals, not only because of the vision and the voice on the mountaintop, but also because of what Jesus said to them just six days before that: namely, that God’s Messiah must go to Jerusalem, where he would undergo great suffering at the hands of the elders, chief priests, and scribes; would be killed; and would on the third day be raised. Jesus has also told his friends that those who want to be his followers must deny themselves and take up their cross and follow him…. That’s a LOT for anyone to take in! Then, to follow that up by going up the mountain and seeing a vision of Jesus with Moses and Elijah and hearing the voice of God speaking to them out of a cloud—it was all just too much! Quite understandably, Peter, James, and John throw themselves to the ground in fear. But notice that Jesus doesn’t reprimand them for this; instead, he seeks to reassure them with his touch and his words, “Get up and do not be afraid….” Actually, in the original Greek of the New Testament, Jesus literally says, “be raised up”—an obvious allusion to the resurrection!… My friends, what greater words of assurance could there be than, “Be raised up” and “Do not be afraid?!” These words are pure gift to Jesus’ disciples of every time and every place, because our God knows it’s not always easy to follow in the way of Christ…. And these are the very same words God speaks to you and me today, in order to prepare us to go back out into the world. As Lutheran Professor David Lose observes, these words are God’s portable gift to assure us “that God will be with us every step of the way and that love and life are stronger than hate and death.”[3]

I have to admit I have a pretty good idea of how Peter, James, and John were feeling. There are days when I just want to crawl back under the covers and cower in fear and weariness. [Anybody else ever feel that way?… Show of hands!… Yeah, you know what I’m talking about!…] There are days when I just have to force myself to take the next step and ask God to help me find the path as I stumble through the darkness…. Let’s face it, sometimes we’re called to do really hard things. We’re called to go places we don’t really want to go, and yet we have no choice. We’re called to sit with loved ones in hospital rooms. We’re called to walk with a friend on the long, weary road to recovery. An accident happens, and we’re called to bury a child or grandchild. We lose our job, and we’re called to move to a new place.  And those are just the personal hardships and heartbreaks!… As followers of Jesus, those of us who find ourselves in a position of privilege and strength—and I’d venture to say that’s most of us here today–are also called to listen for God’s guidance in using our power to welcome the stranger….. Here I have to tell you the remarkable story of Rebecca and Mark, a couple who became members while I was serving at my previous congregation in Vancouver. Rebecca and Mark raised three biological children of their own, but later, through a series of events and a great deal of prayer, they felt strongly called to adopt four young children with Down Syndrome: three from Latvia and one from Ukraine…. Mark and Rebecca are by no means wealthy, but they managed to fundraise the money for the travel expenses and the adoptions. As I watched them interact with their children, it quickly became obvious that they’re loving, hardworking parents, and I was totally blown away by their faith and by the way their kids were thriving! I was also blown away by how this huge commitment hasn’t worn them down, but has instead served to deepen and broaden their joy and their love of the Lord…. My friends, that’s just one example of what can happen on a personal level when someone listens deeply to God’s call!… Just as our God has raised us up to new life, so you and I, like Mark and Rebecca, are called to raise up those who are down and out. We’re called to embody Christ’s love by reaching out and gently touching our neighbors who are cowering in fear and saying to them, “Be raised up, and do not be afraid, because God is with you. Always!…”

Speaking of reaching out to welcome the stranger in Christ’s name, you should be aware that some of us here at Creator have been listening to the Spirit in recent months and we’re feeling strongly called to build relationships with our neighbors in the wider community, so that we can help people who are vulnerable and fearful in this time of many changes and challenges. So far, six of us have made the commitment to participate in a sanctuary cohort. This means that we’re committed to helping provide support for people who may need sanctuary, and that support can take a variety of forms besides housing: food, clothing, companionship, and advocacy, to name just a few. Last Monday evening we met with the other eight groups from our South-Southeast Cohort to share a bit about our sense of God’s call and to explore where it might be leading us. One of the questions we pondered was, “What has prepared you for this step,” and it occurred to me that maybe the first step for Creator was sponsoring Silidio and Lucia and their family as refugees from Burundi ten years ago. The next step in expanding Creator’s capacity for welcoming the stranger seems to have been the Reconciling in Christ process in 2009, through which you expanded your capacity for love by embracing the LGBTQ community. The third step would be the friendships some of us—especially Creator’s youth and young adults–have formed with people who now cannot sleep at night because they fear for their lives…. I cannot even begin to fathom what kind of hell that must be, but I know that Jesus calls us to stand with the least of these who are his sisters and brothers…. At any rate, as your sisters in this community, Deb, Debi, Shirley, Diane, Toni, and I believe it’s important to be transparent about what we’re doing, and so you’ll have an opportunity to hear a bit more about the sanctuary cohort and to ask questions at the town hall after worship today….

Dear friends in Christ, the Transfiguration of our Lord gives us a glimpse of God’s glory to hold onto as we, like Jesus’ first disciples, strive to be faithful amidst the often-challenging circumstances of everyday life. To be sure, Jesus’ glory is not the glitz and glamour and fool’s gold of this world. Far from it!… Jesus’ glory is light and truth and unwavering devotion to the same people Moses and Elijah cared about: people who were in bondage to the powerful, as well as widows, orphans, the poor, and the hungry…. As I said before, the Word of God that we hear in today’s gospel lesson is a portable gift you and I can take with us as we go out into the world to do the hard work of loving our neighbor. And believe me, it is hard work! As Episcopal priest and theologian Barbara Brown Taylor has written, “The hardest spiritual work in the world is to love the neighbor as the self—to encounter another human being not as someone you can use, change, fix, help, save, enroll, convince, or control, but simply as someone who can spring you from the prison of yourself, if you will allow it….” My friends, may you and I allow ourselves to be sprung from own prisons by the power of love, because that is the way to abundant life!… Thanks be to God, for the portable gift that calls us to listen, raises us up to new life, and sets us free to love fearlessly in the name of Christ! Amen.